WHEN WE WERE OLD with Chiara Frigo

2015
Canada (Montréal and Vancouver) and Italy

First of all, a meeting between two choreographers: Emmanuel Jouthe (Québec) and Chiara Frigo (Italy). Their coming together is thanks to Triptyque, a dance research project spanning Italy and Canada (Montréal, Vancouver), and shows how closely their creative universes coincide. Then, a stroll through historic downtown Vancouver gives them an inspiration: a rainforest is slowly but surely engulfed by the city and an abandoned gas station is converted into a park.

Not only by the way its production came about, but most importantly by the image it presents, WHEN WE WERE OLD has a touch of the international to it: two individuals, each on their own side of the Atlantic, bound to participate in a cyclical process of construction and deconstruction. How does the primordial, organic world interact with cities? At what precise moment does the new displace the old? The landscape is in perpetual flux. It constantly takes new forms as the layers of history pile up upon one another. On the horizon, the bodies of Emmanuel Jouthe and of Chiara Frigo are engaged in a dance both fluid and clearly defined. Their playground, right on the surface of the stage, is submerged in a sonic universe which harks back to a natural and cultural past buried under white linoleum and ready to burst forth once again.

Video clip of the project
Interview with the choreographers

For this project, Danse Carpe Diem/Emmanuel Jouthe received financial support from the Canada Council for the Arts and was supported by the Délégation du Québec à Rome. It also participated in residencies at the CSC Centro per la Scena Contemporanea Operaestate Festival at Bassano del Grappa, at the Dance Why Dance Project in Rome and at the Interzona space in Verona. 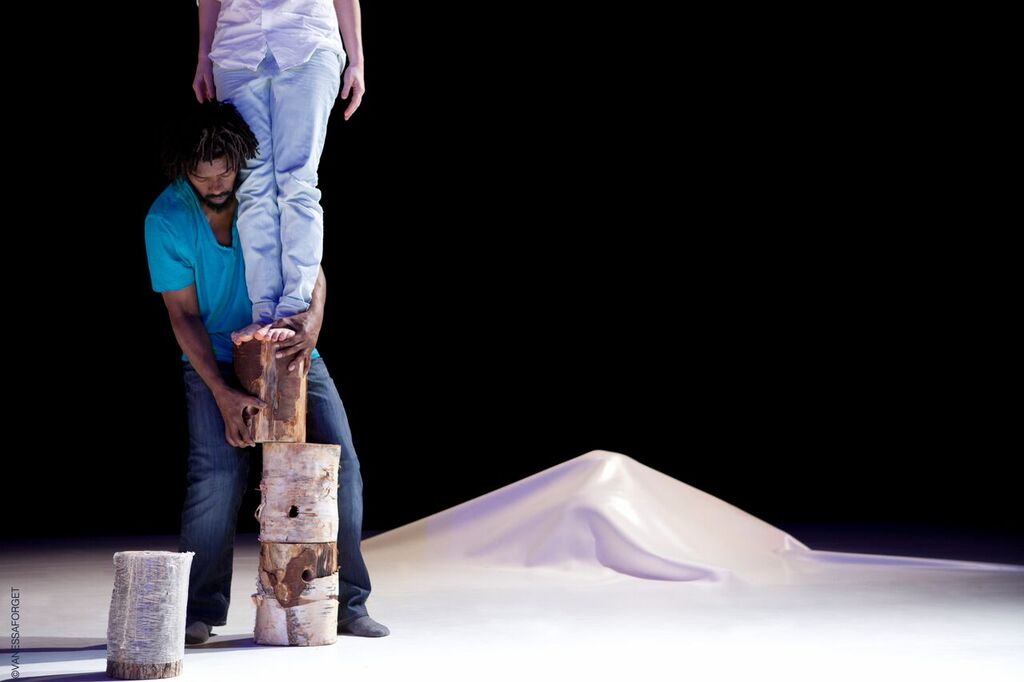